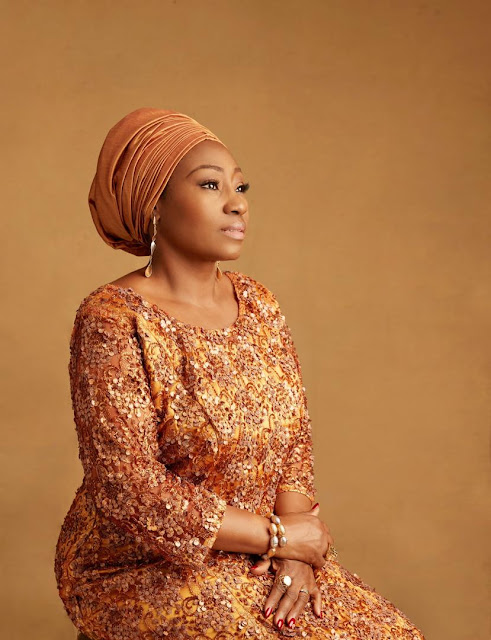 Ekiti 1st lady, Erelu Bisi Fayemi is a good example of a woman who has been able to combine Brains with Beauty. She is an intellectual who has had a brilliant academic career both in Nigeria and abroad.

And up till now, she is still in hot demand all over the world. Truth be told a lot of organisations want her to speak and deliver talks here and there on topics that have to do with women.

Don't forget her area of specialisation is leadership development for women. She is not only a distinguished academic, but she is also a great mobiliser of rural women across Africa.

But there is yet another side to her. lts about her fashion and Style. Many don't know she's a fashionable woman whose fashion style is loved by many. 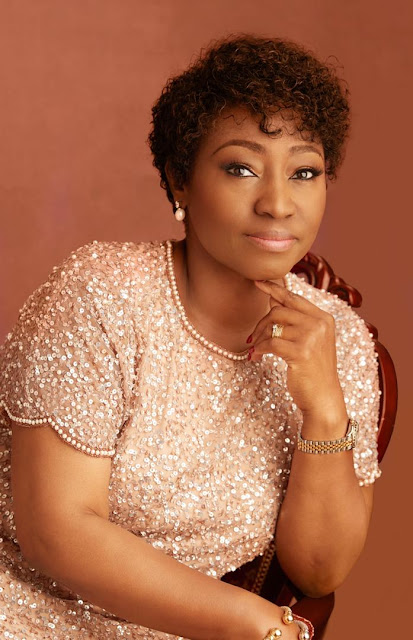 She is one of the best-dressed women in Nigeria. Also among all the 1st ladies, she ranks top in her dressing. Effortlessly, she pulls it off well all the time.

You can't catch her in any revealing clothes. No. She loves to wear Kaftans and Boubous, Skirt & blouse, lro and buba all done beautifully in Ankara and Adire.

She is a great supporter of African fabrics.

All of this is rooted in the richness of her profile. 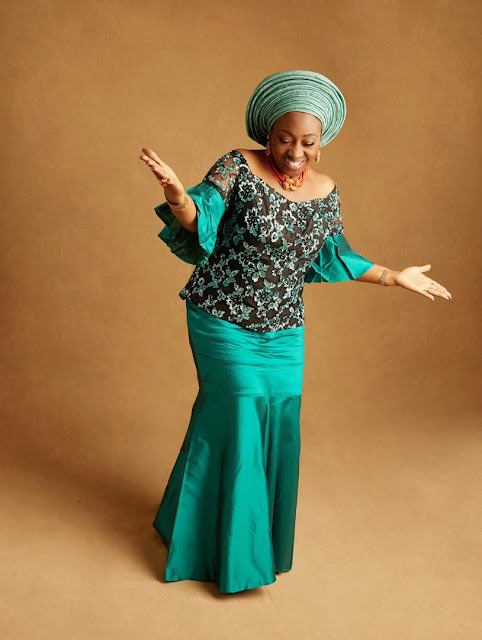 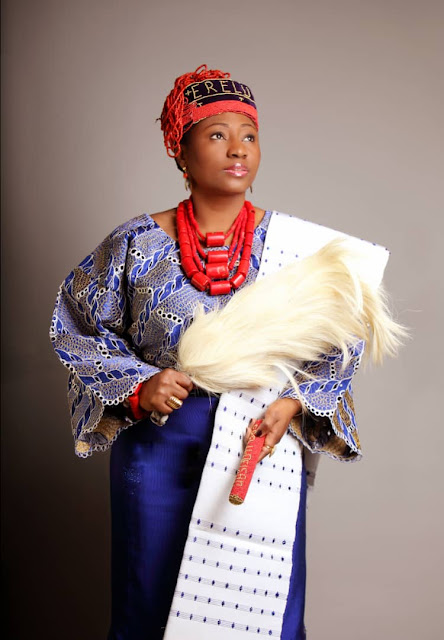 Since it began grant-making in 2001, AWDF, based in Accra, Ghana, has supported over 2,000 women’s organisations in 42 African countries with millions of dollars in grants. AWDF has played a key role in the promotion and protection of women’s rights in Africa, through its support of grassroots initiatives, policy engagements and movement building for social justice. 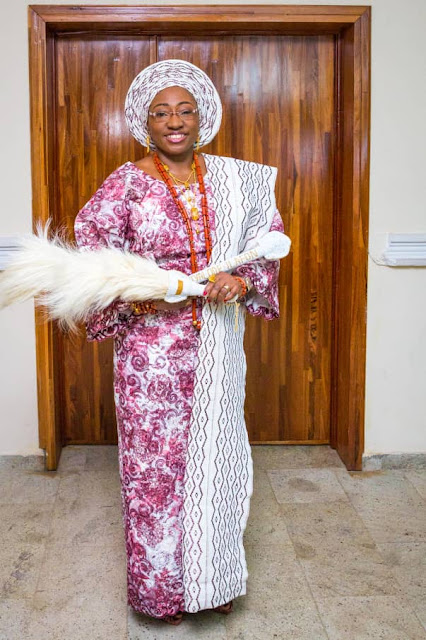 Mrs Fayemi played a key role in shaping civil society engagement for black and ethnic minority people in the UK and Europe, giving a voice to the aspirations and concerns to people of African descent in various policy spaces.

She was elected as Vice-Chair of the National Association of Women’s Organisations, England and Wales (1992-1994), she served as a Management Committee member of the London Rape Crisis Center, and was the UK representative on the Steering Committee of Women in Development Europe.
She was part of a team of women who founded the Black Migrant, Refugee, and Asylum Seeking Women’s Network in Europe (BWEN) in 1992 and served on the Executive Committee for five years. She also served as a member of the Africa Committee of the Migrants Forum of the European Union from 1992-1995. 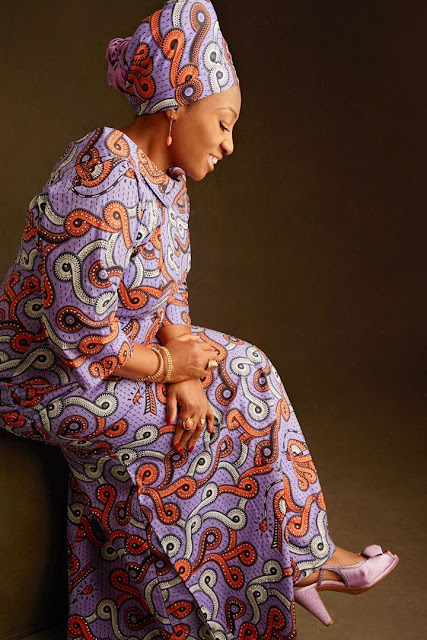 During her years in the United Kingdom, Mrs Fayemi was very active in Pan-African organizing as well as political activism. She was a member of the Pan-African Movement, as well as a founding member of the New Nigerian Forum (NNF), an activist think-tank critical of the military dictatorship in Nigeria.

Alongside her husband Dr Kayode Fayemi and others, she worked tirelessly to draw attention to the many ways in which military rule was crippling Nigeria. She was Vice-Chair of the New Nigerian Forum as well as a member of the Editorial Board of Nigeria Now, a monthly newsletter published by NNF. 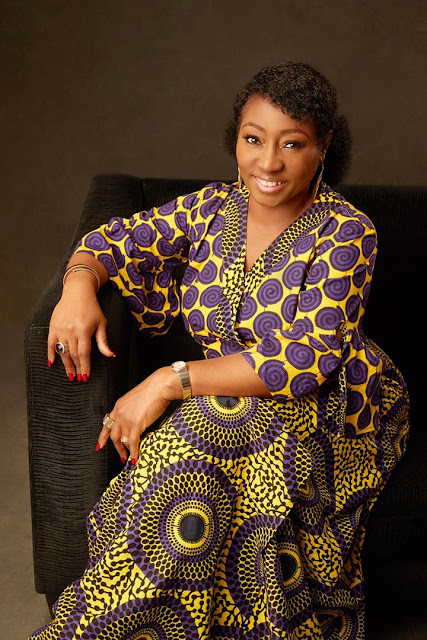 Mrs Fayemi is one of the most vocal women’s rights activists and thinkers on the African continent. During the years in which women’s rights issues began to receive attention in the global policy arena, she played a major role in ensuring that African women’s issues were addressed and their interests represented.
She led a delegation of African women in Europe to the UN Human Rights Conference in Vienna, Austria in 1993 as part of the global campaign of ‘Women’s rights are human rights’.

In 1995, she coordinated a delegation of twenty women from Africa and Europe to the UN World Conference on Women in Beijing China, where amongst many other activities, she addressed one of the plenary sessions. She also served on the Women’s Committee of the African Union for several years. 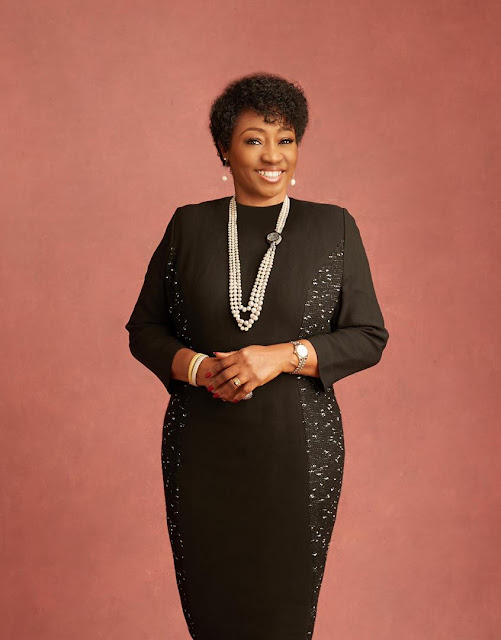 A recipient of numerous local and international awards, in 2005, she received an award from the Sigrid Rausing Trust (UK) for outstanding leadership in promoting women’s rights. The prize money for the award (£100,000) was used by AWDF to launch a special HIV/AIDS Fund for African women.

Bisi leveraged this into millions of dollars which has supported hundreds of women-led HIV/AIDS initiatives across Africa.
Bisi received the Distinguished Alumni award from the Faculty of Arts, Obafemi Awolowo University, Ile-Ife (2006), as well as an Achievers Award given by the African International Media Summit (2006) for promoting a positive image of Africa.

She is a 2007 recipient of the ‘Changing the Face of Philanthropy’ award from the Women’s Funding Network, USA.
She is a Synergos Institute Senior Fellow, as well as the 2000/2001 holder of the Dame Nita Barrow Distinguished Visitorship at Ontario Institute for Studies in Education (OISE), University of Toronto. In addition to being a Justice of Peace (JP), Mrs. Fayemi holds the honorary traditional chieftaincy titles of Ochiorah of Imezi Owa, Ezeagwu Local Government, Enugu State, Nigeria (April 2008), Erelu of lsan Kingdom, in Oye Local Government Area of Ekiti State (March 2011) Ajiseye of Ado-Ekiti (December 2013) and Iyalode of Ilafon-Ekiti (April 2019). 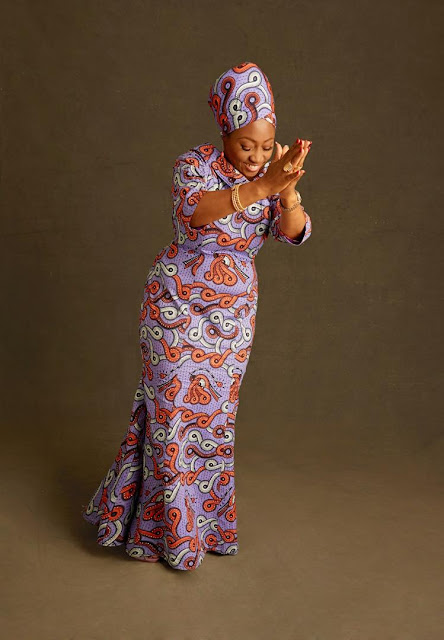 In April 2009, Mrs. Fayemi was named by New African Magazine as one of the 20 most influential African women on the continent. In March 2011, she was listed among the world’s leading 100 persons working for the interests of women and girls by Women Deliver. She is also the recipient of 2011 David Rockefeller Bridging Leadership Award, one of the most prestigious awards in the field of philanthropy, given by the Synergos Institute, New York.
When her husband Dr. Kayode Fayemi was Governor of Ekiti State Nigeria (October 2010-October 2014) Mrs Fayemi was actively involved in a range of policy, advocacy and social inclusion programs to support his administration.
In addition to her ceremonial duties, she held statutory positions. She was the Chairperson of the Ekiti State Agency for the Control of HIV/AIDS (Ekiti SACA), as well as Chairperson of the Technical Consultative Committee on Culture, Arts and Tourism. 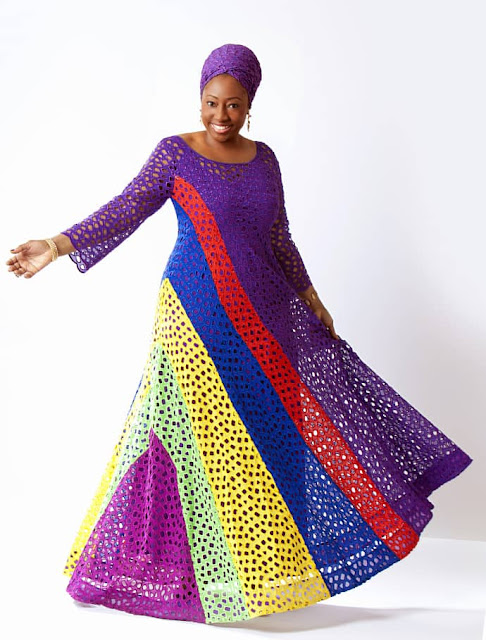 In collaboration with other stakeholders, she led the campaign to enact a Gender Based Violence Prohibition Bill which was signed in to law in November 2011. She Chaired the Management Committee which monitored the implementation of the law in Ekiti State.
The GBV Prohibition Law had provision for the first ever Survivor’s Fund in Nigeria, and through this, at least 70 women were supported to rebuild their lives after years of abuse. Her advocacy fast-tracked the establishment of the Family Court in Ekiti State, and her intervention led to the establishment of the first Ekiti Social Inclusion Center for the rehabilitation of women in distress. 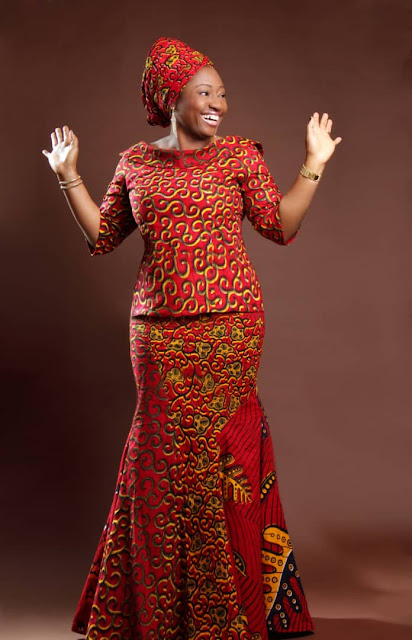 Mrs Fayemi advocated for the domestication of the National Gender Policy, making Ekiti State the first State in Nigeria to do so. She also facilitated the passage of the Ekiti State Equal Opportunities Bill which became law in December 2013, as well as the HIV AIDS Anti-Stigma Law of 2014.
The Ekiti State First Lady is the founder of the Ekiti Development Foundation (EDF), a non-governmental organization that focuses on women and youth development which was launched in June 2011.

Since its establishment, EDF has supported hundreds of women’s groups and civil society organisations across Ekiti State with economic empowerment, health, and political participation projects.
EDF’s projects included the annual Ekiti Gender Summit, Mother and Child Records Book, the first of its kind in the State, Breast Cancer Awareness Campaigns and the Ekiti Food Bank.

Mrs Fayemi was the initiator of the Multiple Births Trust Fund in the State, the founder of the Forum of Spouses of Ekiti State Officials and founder/co-convener the Forum for Women in Leadership, Ekiti State.
In memory of her friend and former Deputy Governor of Ekiti State, Mrs Funmi Olayinka, Mrs Fayemi, through the Ekiti Development Foundation, worked with the Ekiti State Government on the establishment of the Funmi Olayinka Diagnostic and Wellness Center based at the Ekiti State Teaching Hospital, which was launched in October 2013.
In 2013, as part of her 50th birthday celebrations, Bisi asked her vast networks and contacts not to buy her expensive gifts or take out newspaper adverts, but to contribute towards the construction of a building to house the Center for Gender and Social Policy Studies which she donated to her Alma Mater, the Obafemi Awolowo University, Ile-Ife. The Center was launched on September 29th, 2014.
In November 2014, the Tai Solarin University of Education (TASUED) in Ogun State, Nigeria awarded Bisi a Ph.D. in Sociology (Honoris Causa). 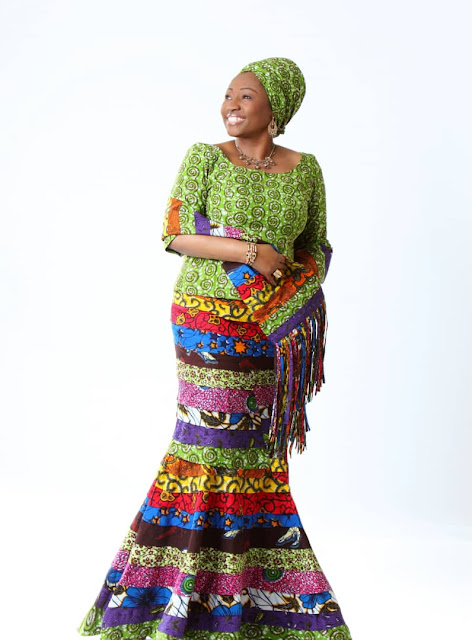 She currently serves on the Executive Boards of the African Women’s Development Fund, and the Global Fund for Women USA. She is Chair of the Advisory Council of the Nigerian Women’s Trust Fund and a member of the Advisory Board of the State Partnership for Agriculture (SPA) of the Synergos Institute.

She is a member of both the Regional and National Steering Committees of the newly created African Women Leaders Network, and she serves on the Governing Council of Elizade University, Nigeria. She holds a PhD (Honoris Causa) in Sociology from the Tai Solarin University of Education, Nigeria.
Mrs Fayemi is in very high demand across the world as a resource person, strategist, guest speaker, trainer, and process manager. In June 2011, the New African Magazine named Mrs Fayemi as one of the 100 Most Influential People of Africa.
She is the author of ‘Speaking for Myself’: Perspectives on Social, Political and Feminist Activism (2013), ‘Speaking above a Whisper’, (2013) an autobiography and ‘Loud Whispers’ (2017). She also co-edited ‘Voice, Power and Soul’, with Jessica Horn (2008) a compilation of images and stories of African Feminists.

Posted by Fashion And Beauty at 4:14 AM