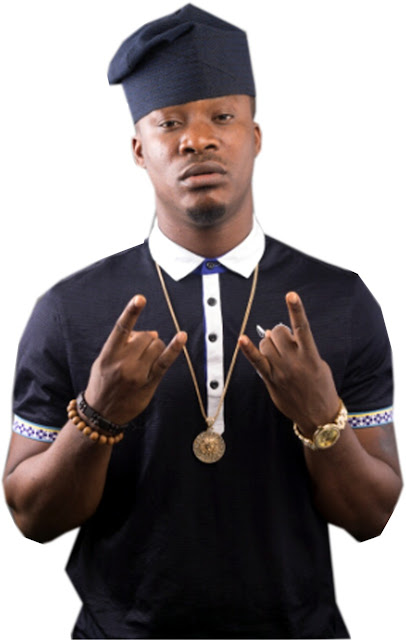 Jaywon is a popular songwriter, singer and actor who has been in the music industry for over 14 years now.
With the release of the hit song, ‘This year’ in 2014, he maintained his strong hold of the industry as the song is still enjoying massive airplays in and outside Nigeria because this song is usually played when a new year is ushered in.The song talks about the coming year being good and prays that people will make money as the year unfolds. Jaywon is better known as Illedare Oluwajuwonlo. He was born on 6th of June 1986 and hails from kogi state. He set up a record label called Next world Music in 2013 after his exist from Kennis music. Jaywon is best known for his Afro pop music talent. Since breaking into the music industry years back he has been dropping hits back to back, serving his fans good music. Jaywon has currently moved to acting and movie production. In an interview with City People Entertainment Reporter, PRECIOUS POMAA, he talked about why he moved into movie production and how he plans to do more things that will bring money to the table.

Tell us about your song Aje, what inspired you to write the song?
First of all I am happy that Aje is beginning to grow bigger than I wanted it to be. It happens to be one of the most underrated songs, why did I say that? Yes, because it carries a very big message and I think in Nigeria when your song is too deep, people tend to be confused. Aje basically talks about people killing themselves, giving up in life and losing hope. So I felt like that’s the kind of message I need to pass at this time when people feel like they deserve more and they are getting. You know there are people that just sit down and think of going to 3rd mainland to jump inside and take their lives. Once they try all their best and nothing is happening, they tend to give up. So this is the main reason behind the song. A lot of people really didn’t understand that the reason why I put out that song was not because it was Aje but because I needed people to understand that you don’t have to give up on life. The great people you see today have all gone through tough times one way or the other. But right now, I am happy that people who understand the song are the ones going crazy for it, and I am happy to be the first Nigerian artiste to put out a song drawing attention to people giving up and taking their lives even though I have always being like that and at the end of the day they copy my work, but regardless, that’s what Jaywon represents.

How do you get inspiration to write your songs?
The issues around me inspire me to write my songs, personal issues, people’s personal experiences. Go back and listen to all my song then you’ll know that there is no song I put out that doesn’t have a story behind it.

Would you say you take your time till you have issues before you write your songs?
I have too many songs and all the songs have got stories behind them. If I tell you I have a thousand songs today, both the ones I know where they are and the ones I don’t have data to then I am probably lying because I have a lot. I can’t keep record of them.

So, tell us, how challenging has this music journey been for you, comparing the Jaywon of then to now?
I am proud of the Jaywon of now because he has made a lot of mistakes and today he is still standing tall and probably making more money than ever. I represent a record label called Next world music and I am not just an artiste but I am the CEO and the producer. Lest I forget, I am a farmer as well and I am still trying to see the things I can do before life comes to an end.

So you said you are a producer, do you producer all your own songs?
Yeah, I co produce a lot of my songs and I am not just a music producer but also a movie producer, so you all just watch out for that.

Tell us which production and what’s the name?
I am still working on it though I have started producing already, so you just watch out for what I’ve got in store.

What are you currently working on?
I have a remix to Aje and it features two of my favorite upcoming acts.

So who are these artistes, what are their names?
Oh, no, I am not unveiling them for now, you will know when the song is out and when the song drops you will understand why I had to put this new talent on the song.
These new young acts you put on your song, do you have intentions of signing them?
They are already under record labels and one is even under one of the biggest record labels in Nigeria.

Can you at least give us a clue on this Artiste?
Oh, I wish I really could,but don’t worry, wait until the song drops because it’s going to cause a whole lot of controversy, that’s why I say you should wait because the people around me are already complaining, asking why I didn’t go for the bigger names in the industry.

Posted by Fashion And Beauty at 9:26 AM