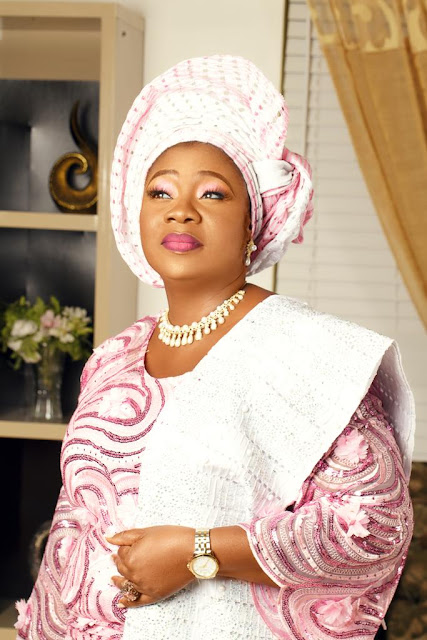 A few days ago, Princess Feyikemi Ayoola-Egbeyemi celebrated her 50th birthday in grand style. lt was a well attended party which attracted all the who is who in society.

The delectable Princess who is from Ere ward in Ado-odo ota LG in Ogun State is a corporate woman in the Oil and Gas sector.She is also an opinion leader and stakeholder in her community. 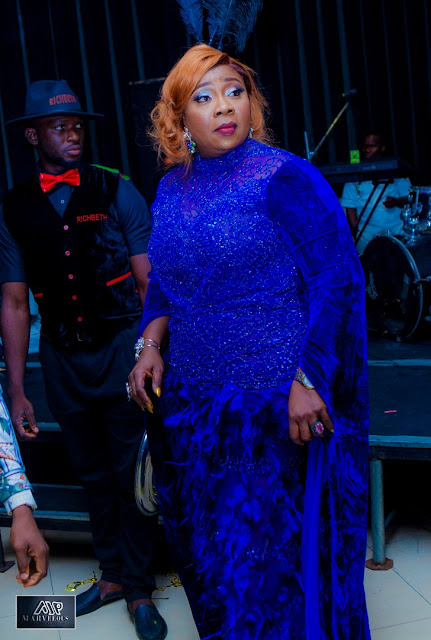 Her party attracted a lot of important dignitaries from both the business & political world.Her activities span both worlds. She is respected in  the corporate world .And her humanitarian gesture has endeared her to her community.

That is why members of her community stormed her birthday in large numbers. Citypeople gathered that she has touched lives in her own little way.

Let's quickly tell you that Princess Florence Oluwafeyikemi Videun Ayoola-Egbeyemi is from a solid pedigree.She is an accomplished professional of many years standing. 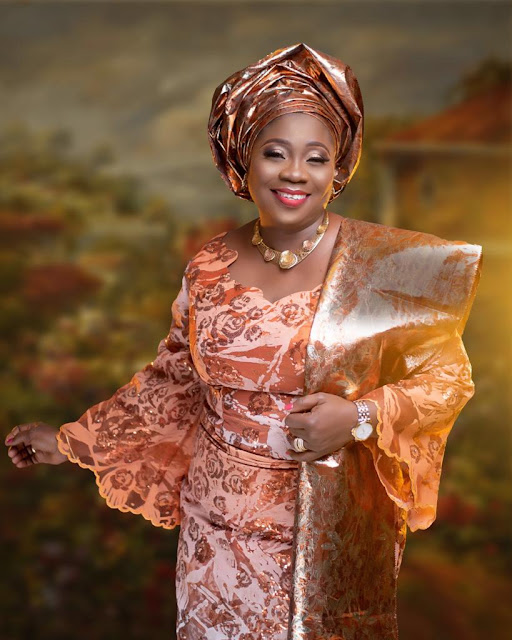 She has also shown interest in politics. During the last political campaign she had to step down for another candidate to contest for house of rep seat in her area.
She aspired for the House of Representatives ticket but she had to step down, due to party decision.

The political family is led by no other than the star of Ogun west- the amiable Deputy Governor of Ogun state Engr. Noimot Salako - Oyedele. Also the political gladiators is our amiable father of Ogun West Federal constituency - Distinguished Senator Akin Odunsi and his beautiful wife. 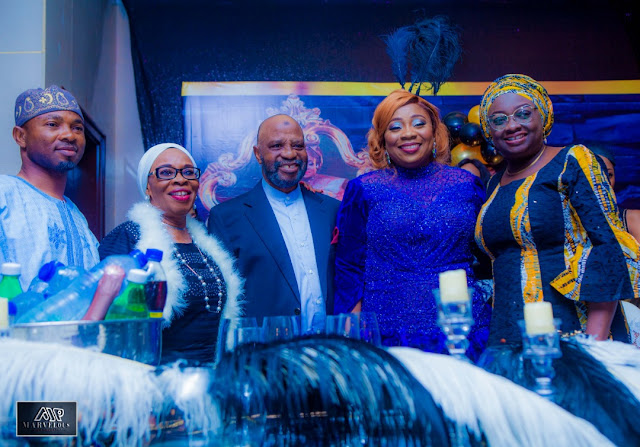 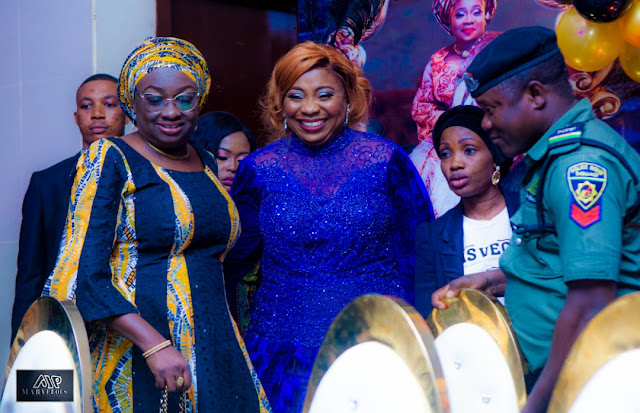 The 50th birthday is more of a celebration of a grateful heart appreciating God for His numerous blessings.

Princess Rotarian Florence Oluwafeyikemi Videun Ayoola-Egbeyemi is from ERE Ward, Adoodo LCDA- ADODO/OTA LG  -Ogun state. She was born to the families of  High Chief John Sokenu Ayoola from the Royal Dynasty of AKOTENYON Ruling Family in Aiyede- ERE WARD –Ogun state and her mother is Omo-Oba Adefunke Sherifat Alebiosu-Ayoola  from the Royal stock of Alebiosu Family  of Lagos and Adelani-Gbogboade of Owu Kingdom- Ogun State . 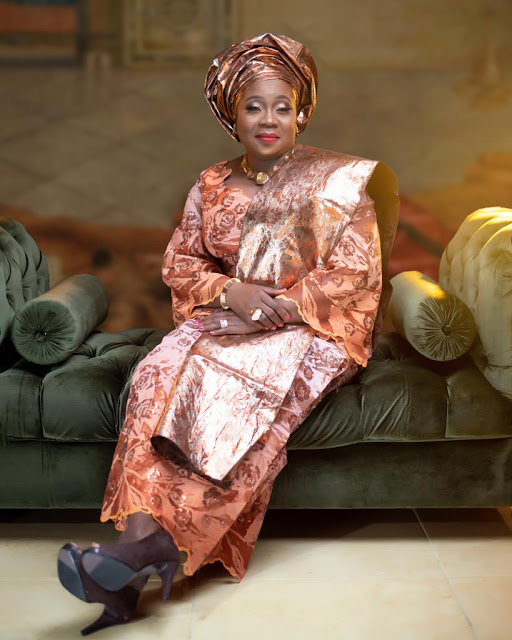 A graduate of the University of Ilorin -first Degree in Bachelor of Arts- (B.A. Linguistics) in1993. While in the University of Ilorin, she held numerous Leadership roles both at the Department, the Faculty and the Student Union levels. She was the VP- Faculty of Arts Student Association (FASA), the VP-Catholic Student Union (CSU). She was also the Choir Mistress for 2 consecutive years  and Chairman Organizing Committee for the 1992/3 Annual Harvest/Bazaar raising fund for the Church.

Rotarian Florence quest to better herself obtained a Diploma from NIIT on Information Technology in 2004 and also became a Chattered Administrator in 2006 by the Chartered Institute of Administration (CIA). She also attended the University of Liverpool for her Post Graduate degree (2014).

Upon completion of her mandatory Youth service, she was employed by ShwEED Associates – handling the World Bank Project on - National Water Rehabilitation – first as an assistant to the HR director and later moved up to be part of the Project Team. 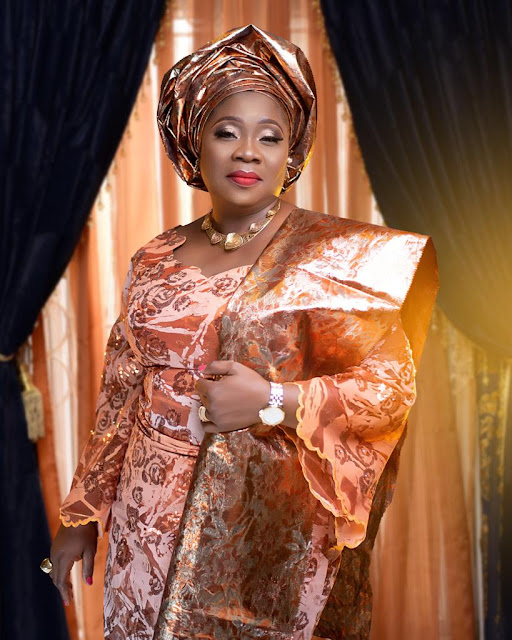 This afforded young Florence to see, meet and work in the entire 776 local governments in Nigeria. Her cognate experience cuts across both the private and public sectors- with 25 years of cognate post graduate experience: having spent 10 years  with Federal Civil Service of Nigeria, over 15 years’ experience working in the Oil and gas sector.

Princess commenced her political career for the advancement of women , in particular to create an enabling environment for financial inclusion for  Women and the youth in Ogun west in particular . Knowing the future belong to the youth, Princess started the yearly health program for 4/5 years for the children , Women , men , youth and the physically challenged. Right from her political Booth in Ere to Adoodo , she has shower her people with love and care in various ways .

During her tenure as the President Rotary club of Ikoyi metropolitan , Princess held numerous health campaigns for the testing of malaria, hepatitis B&C, HIV , Blood sugar and the treatment for anyone that need it. It is of note on such Programme that 2 people lives were saved – they both had very low blood level and immediately got the much needed respite. 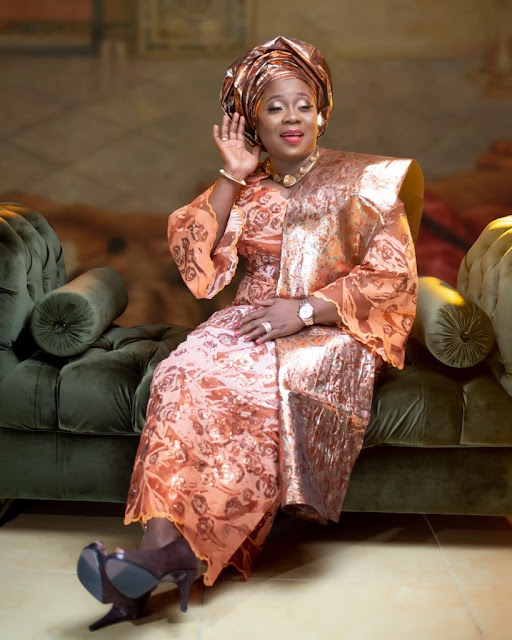 Princess Florence Feyikemi  a community leader and a Rotarian, working selflessly and serving her people. She is actively involved in Charity works:

• JEHOSHEBA ROYAL FOUNDATION – providing financial inclusion to the un-banked sector of the economy especially the women and the physically challenged. As at today over 400 traders have benefitted from the Foundation.

• PRINCESS FEYIKEMI VIDEHUN AYOOLA-EGBEYEMI FOUNDATION helps with education especially  of the  youth in the rural environs. Facilitating Government and Private sector intervention in capacity building and renovation of schools in the rural areas .

Princess Feyikemi Videhun is an active politician who desire to one day be in National Assembly to make the voice of her people heard and get the government closer to the people . As Rotarian she has served in various capacities both at her club and the D9110 to better the lot of the people and the country at large . She has just been made the Commissioner -South West HEPATITIS ZERO for the global eradication of the deadly diseases in Nigeria.

She is a member of many professional associations. Her hobbies include the Arts Poem, Play, Drama and connecting with new people.


Posted by Fashion And Beauty at 8:26 AM