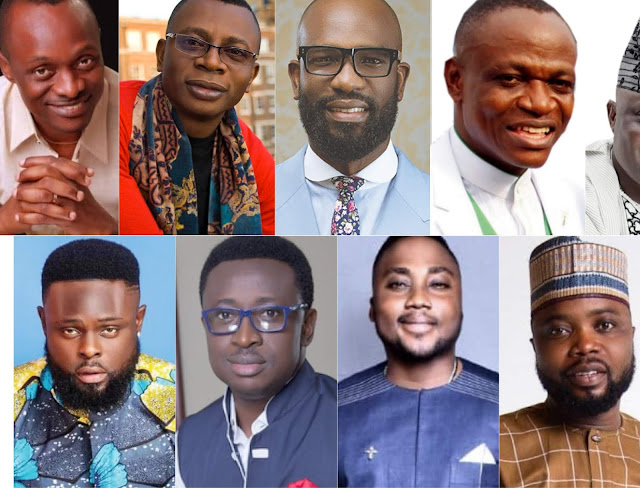 Before now, the fashion world was once dominated by females but some male designers have been able to prove their onus with globally accepted designs. Most Nigerian celebs are fashion conscious and that has helped the fashion business because many of them don’t want to be left out so they update themselves on fashion trends.

MAI ATAFO, whose real name is Ohimai Atafo is an award winning Nigerian Tailor who has carved a niche for himself in the fashion industry. His outstanding designs include suit, wedding dress, and corporate wears to mention a few. He is a native of Edo State and started his education in Benin before bagging masters in information system and technology from City University London. He has styled celebrities like Banky W, Toke Makinwa, Dakore, Adesuwa Etomi,Ebuka Uchendu, IK Osakioduwa, Stella Damascus,Omowunmi Akinifesi, Tu face Idibia, Mercy Johnson, Gbenro Ajibade, to mention a few. He took the Mai Atafo brand a step further when he launched weddings by Mai In 2011. His awards and nominations include hottest new male designer at 2009 City PEOPLE fashion and style, Fab Magazine fashion brand of the year 2010, Glitz designer of the year2013, Heineken Lagos fashion and design week 2015, Abrayanz style and fashion Award 2017 to mention but a few.

YOMI MAKUN OMONIYI
Yomi Makun omoniyi popularly known as Yomi Casual is the C.E.O. of the brand Yomi casual. He is the brother to one of Nigerias best Comedian AY. He is also a fashion designer and an interior designer. He is specialized in African designs and  has styled celebrities like Ay, Akpororo, Fals the bad guy Richard MofeDamijo, Dj jimmy jatt, Jim iyke, Ramson Noah, alexEkubo, IkOgbonna, Uchennaji to mention a few.Yomi Casual has bagged several awards and nominations and has featured in fashion exhibition in Nigeria, US and different parts of the world. He has over 30 awards to his name.

MUDI (CLEMENT MUDIAGA ENAJEMO)
Clement mudiaga Enajemo is the CEO of Mudi Africa and he is the first Nigerian designer to take his designs outside the shores of the country in 1993. He has spent over 35 years in the fashion industry. Mudi Africa has styled hundreds of Nigeria celebrities and has several awrdsand nominations to his credit. Mudi Afica has branches in over ten countries. He has raised the bar and a lot of fashion entrepreneur are following his foot -steps. He has both international and national celebrities including john kuffor(former president of Ghana)

UGOCHUKWU MONYE
Ugochukwu Monye is another fashion designer of high repute, who has styled celebrities like Ebuka. He came into prominenece in 2017 with one of his REALE collection which was worn by Ebuka Uchendu for Banky w and Adesuwas wedding. His designs are regarded for it bold, unique and cutting edge style which promote African Culture. His parent wanted him to study fine and applied Art but he choose Business Administration just like his father. While in school, his passion for fashion grew and he started with his mum taioring machine. He has styed several celebrities including Ebuka Uchendu, Jidenna, Alex Ekubo, Joke Silva, Uti Nwachukwu.

YEMI OSUNKOYA
Yemi Osunkoya is an international fashion designer who is regarded as the king of bridal Couture. He is the creative director of Kosibah Label in London. He makes ready to wear of evening dress, wedding gowns, tailored suits and casual wears for both men and women. His experience of over 25 years in the fashion line has spoken volumes. He has designed and styled thousands of wedding dress. He is one of the facilitators of the Lagos bridal fashion week where he showcases several bridal attire and accessories on a runway. He has bagged several national and international awards across the globe.

ADEBAYO JONES
The name Adebayo Jones rings a resounding bell in the fashion industry.  He is a multi  award winning veteran fashion designer..He is the creative director of the brand Adebayo Jones Luxury, fashion designer and a television host.
The Nigerian London based started making shirts with newspaper which were held together with tapes and glue.The rest is history and today he is regarded as the king of Couture fo his brilliance in the international  fashion community. He has styled both national and international celebrities including Patti Boulaye, Sally Familoe, Faith brown, Janet Ginnings, HRH  Erelu Abiola Dosunmu, Miss World 2001 Agbani Darego.

EVANS AKERE
Evans Akere is a trained lawyer turned Fashion Designer and also a graduate of London College of Fashion. He is the creative director of Vans Kere fashion.  His attention towards good finishing, details, unique embroideries has  stood him out in the fashion Industry. He runs a ready to wear outfit and has won several awards and recognitions. His outstanding styles and quality fabrics has given him an edge in the fashion busines. His clients include A-list celebrities including Patrick Doyle, Nobert Young, Ebuka Uchendu, Fred Amata, Kalu Ike Agwu.

VIVID IMAGINATION
Vivid Imagination is a household name in the Fashion in and outside Nigeria. Godwin Mekwuye is the creative director of Vivid Imagination; a fashion line that has been for decades. His designs are tailored with good detailing and excellence. This has made him stand out in fashion business in Nigeria. The named became more popular after Sir Shina Peters did a track for vivid imagination.  his clientele base include top politicians, business moguls and captains of industries.He has styled several celebrities including Sir Shina Peters.

ADE BAKARE
Ade Bakare is another one of Nigerias best male fashion designers. He has his fashion line in Nigeria, London and England and also makes clothes for big boutiques across the globe. He also has a fashion outfit known as Ade Breeze who are into making jerseys. He is also into perfume line and also writes fashion article and column for Camera Obsura in the world famous FASHION magazine called Le Vogue. His ready to wear couture includes adire jersey, dresses, kaftans, pea jackets, wrap skirts, beaded kaftans in several designs and sizes. He designs for both male and female and his works has gained international recognition.

THE OKUNOREN
The Okunoren label started as an independent fashion line by Taiwookunoren in 2001 and a year later Kehinde okunoren joined the label because of his passion for fashion. They passion for fashion was nurtured by their mum Mrs Abiola Okunoren who was a fashion designer.They transform men’s wear with bespoke and perfectly tailored suit. They have spent over 18 years in the fashion world and styled royalties from different parts of the world.  Aside form bagging several awards, they have been on cover page of several leading Magazines.They started the fashion line for strictly male but have lately diversified. They do more of suits, jacket, and other corporate wears. They have styled celebrities including  Jay Jay Okocha, Dbanj, Tunde Baiyewu , Naeto C.

KOLA KUDDUS
Kola Kuddus is the creative director of the fashion outfit Kola Kuddus couture. His fashion line is into casual, African Prints and corporate wears and he has styled celebrities like Dotun, debolalagos, UtiNwachukwu, Kunle Afolayan, Ebuka Obi Uchendu, Ugomozie, SoniIrabor, isaacgerald to mention a few. Kola kudddous studied Fashion at the London College of fashion and central Saints Martins and he is known for his impact in the fashion industry. He is into clothing and accessories and has styled several run way model for national and international fashion show.  He has had several awards to his credit and has had several talk shows on Fashion. He is alos a graduate of the prestigious London College of fashion and central saints martins college of Arts London.

AGBADA BY DECO
Agbada by Deco is a brand that has been promoted by celebrities like Noble Iwe, Ebuka Obi Uchendu. Agbada by Deco has dramatized the Agbaba attire of the Yoruba people from what itused to be. The youth did not see the need to rock Agbada because it is believed to be bogus and boring, but it is now worn mostly by young men now because of the spices and creativity that has been added to the making of Agbada. Deco is a modern day designer who has transformed the face of Agbada outfit and he has handled several weddings and the premiere of the Yoruba Demon Movie show cased more unique designs of Agbada.

SOARES ANTHONY
The Nigerian top fashion designers would not be complete if we fail to mention Soares Anthony the CEO of Soares Anthony Clothing’s and his role models in the industry are Mudi Africa, Ade Bakare, Mai atafo, deolaSagoe to mention but a few. Anthony whose love for fashion started from childhood loves to sketch, and paint. His parent wanted him to be a medical doctor but he did not gain admission into the medical college. His “Classic Man” collection has created several designs that have been rocked by many celebrities. He recently launched another line known as king line and his designs are rocking fashion charts

MCCOY CLOTHINGS
The name Mccoyclothings ring a bell in the fashion industry in Nigeria. Lekan Balogun is the CEO of the award winning brand that deals with bespoke tailoring, ready to wear, suit, and casual wears. He was among the top fashion designers that showcased their exclusive collections at the recently concluded Fashion Souk 2019. His has styled celebrities like kingWasiuAyinde Marshal,Olayode Juliana, babaeko, demond  Elliot, asiricomedy to mention a few.
Other award winning male designers whose brand has gotten international recognition includes include swankyjerry, Adequate Couture, Omo Dafidi Clorthings, Mankave Clothings, What to wear Couture, Awai Couture, Beffiting Box Ministries, Bank Charles Clothings to mention a few.

Posted by Fashion And Beauty at 1:43 PM