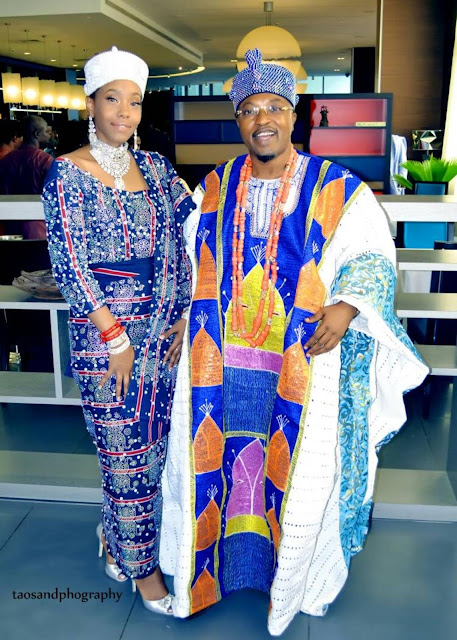 As He Insists On Separation
...What He Told Citypeople About Her

If you go on the Instagram handle of His Imperial Majesty Oba Abdulrasheed Akanbi, the Oluwo of Iwoland right now you won't find any photo of his estranged, Queen Chanel there. Kabiyeesi has deleted all. He didn't leave a single photo.
Kabiyeesi has refused to accept all plea to reconcile with his Canadian wife.

He has already announced their separation. Since he broke the news himself there has been intense pressure on him to change his mind. 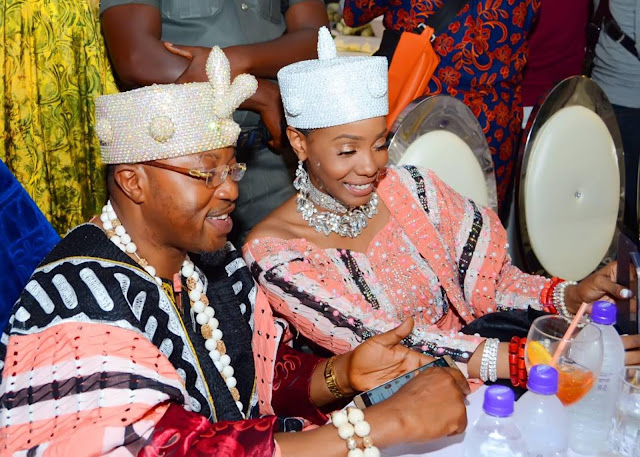 City People Online gathered that once the news made the round yesterday a lot traditional rulers across Nigeria began to call him to see if they can still save the marriage.

Many of his friends also stepped in to see how to salvage the troubled marriage, all to no avail.

Oba Abdulrasheed Akanbi is adamant that his marriage to his Olori is over.

He gave irreconcilable differences as reasons. 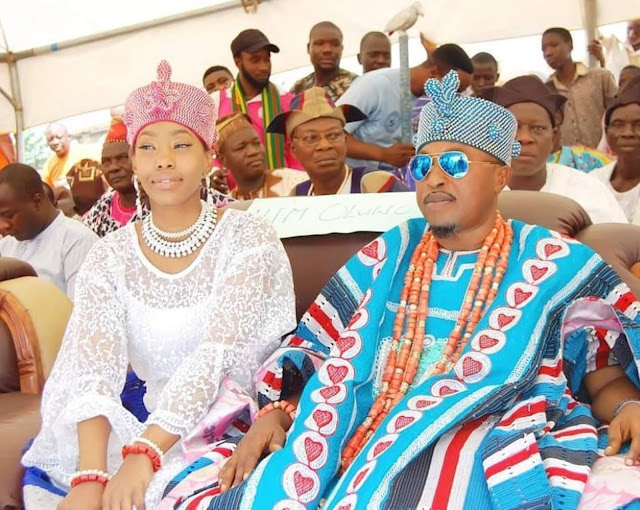 Since the news broke many have been wondering what could have led to the separation because many thought  Kabiyeesi truly loved her. ln all his interviews with City People since he ascended the throne he has consistently revealed how much he loves her.

In 4 separate interviews with City People, the Oluwo told City People matter of factly that he was madly in love with this  slim built beauty who has a little son, Oduduwa for him.

So what could have gone wrong. When City People visited Kabiyeesi a few months back in Iwo, he and his Olori were still together at the palace.

So what could have led to the crash of his once happy marriage?

City People reached out to the stylish king yesterday for what made him annul his marriage. He declined to comment on it. His aides also said Kabiyeesi won't talk about it for now.

As you read this a lot of the pressure is being mounted on him to change his mind and reverse his decision.

City People Online can authoritatively reveal that the Oluwo chose to go public and END the royal marriage due to a number of reasons.

Over the years his wife had found it difficult adjusting to life in lwo coming from a cosmopolitan life in Canada.

But for her husband's obaship She would have preferred to continue to live in Canada their former base.

She has also never hidden her distaste for her loss of privacy. Suddenly her husband's new  life as a king has put her in full public glare.
Of course she has always been afraid that her husband may go ahead to take a 2nd or 3rd wife.

She not been an lwo indigene has not helped matters as she has found it difficult to blend with the locales.

Despite all these issues the Oluwo had tried to make the marriage work by always bending backwards to accommodate her.

He even went to the extent of creating a crown for her to give her a sense of belonging.

When City People visited the Oluwo not too long ago he said a lot about his queen.

The Oluwo of Iwoland, Oba Abdulrasheed Akanbi revealed how he met his pretty wife Queen Channel  in Canada and why he does not joke with this slim built beauty of a woman. “Many often wonder why I usually don’t joke with my wife,” he told City People a few weeks back.

“I will tell you today. It is because she has done a lot to make our marriage work. She has no business accepting to leave Canada to come and live in Iwo, in Osun State with me. Its a lot of sacrifice. 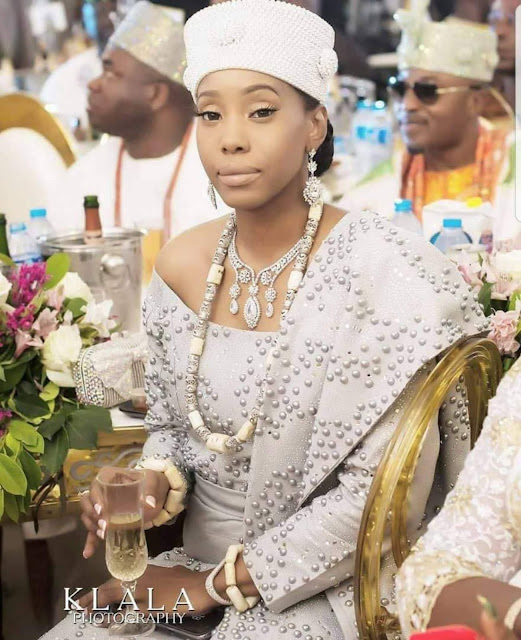 “If she doesn't love me she wouldn't stay here, because she has a good life in Canada. She has everything that you can think of, that will make her stay back. She was doing great in Canada and she decided to leave all that and stay here with me. I couldn't believe that she would”.

Is that why he is usually all over her? “I have to be all over her. I don’t have an option. I went to Canada in November and I could see how beautiful Canada is. It's like being in Heaven. Heaven is there.

I am talking about the basic things of life that any layman will have in Canada. Its just a joke in Nigeria. We need to start retracing our steps. Its either we bring in an influx of white people to come and help us, or, we bring in our Diasporas. But our Diasporas are not ready to come to this place. As far as they are concerned, in this place is suffering. In Nigeria, we are suffering. People die like any thing. Human life is not valuable in Nigeria.”

When he met his Oloori what was the attraction? He broke into laughter for a few minutes. “She is beautiful. That was an attraction. She is Slim. You can see her. She is more beautiful than Cleopatra. When you see her head, you can see a crown, like the crown of Cleopatra. When she first became a queen, I was not given the inspiration to crown her. Later, I was given the inspiration and I gave her a crown. She is beautiful. She is a nice person. And you can see, down the line now, its been 3 years and we are still strong, for her to live in Africa. As I am here now talking to you, she is inside playing with my son, Oduduwa. She stays with me. That shows she is a nice woman.

Whether she has or she does not have, she won’t complain. She will just be there. You wouldn't know. She does not show the challenges. She’s faced with. She is able to cope with any situation.

That is why I have to give it to her. I have to give her the thumbs up. Wow! Canada is beautiful. Canada is a land that you want to be there all the time. When she is coming back to Nigeria, she knows she is a Queen. And she is happy to come back home.

Me, when I go there, I know I am a King, I can’t stay out long. Believe me, if I don’t care about my people, as a King, I would be living in Canada. That way you won’t need to deal with the problem of people out there. You will just leave it and travel. But I love my people a lot and that is why they love me too. I love Iwo people I love Osun people. I love Yoruba people and then Nigerian people as a whole and then we go back to the Black people. 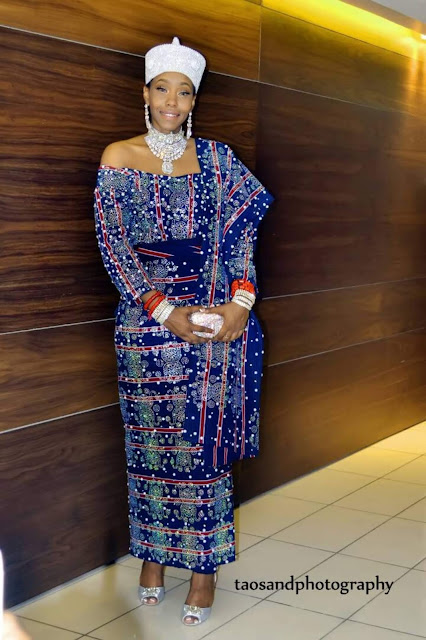 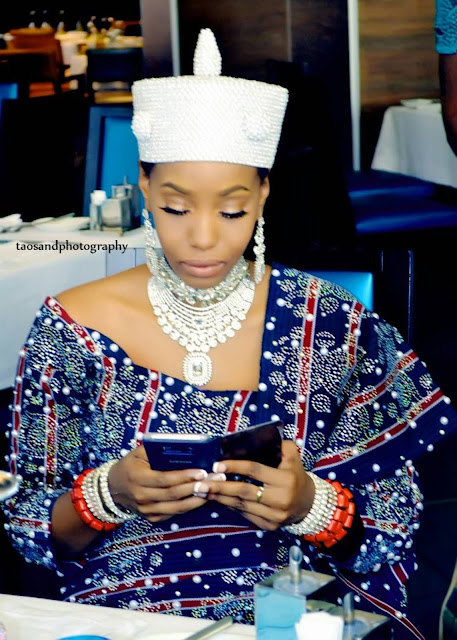 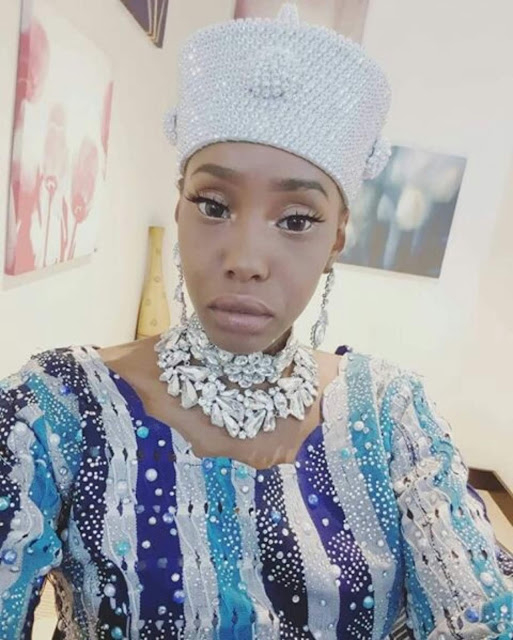 Posted by Fashion And Beauty at 11:59 AM